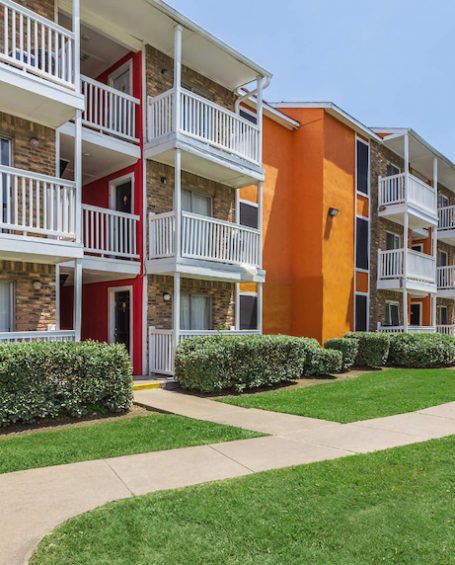 Also last week, Comunidad Realty Partners of San Diego bought two complexes in the Medical Center area from SB Pacific Group of Berkeley, California: City Heights, on Fredericksburg Road next to USAA’s headquarters, and Montage at North Point, next to the Santikos Northwest 14 movie theater. The appraisal district assessed City Heights at $12 million and Montage at $10.5 million this year.

At least a dozen major apartment complexes in San Antonio have changed hands in the last four months. Investors have said in interviews that they are drawn to the area’s growing population and robust economy based on stable industries such as the military, health care and education.

Antonio Marquez, the principal at Comunidad, said investors find San Antonio attractive because its market hasn’t become overheated like the ones in Austin, Dallas and Houston.

“Opportunities are becoming fewer and fewer in those markets,” Marquez said.

Investors are also scrambling to complete property transactions now out of fear that interest rates will continue to go up, Marquez said. Yields on 10-year Treasury notes rose to 2.36 percent Wednesday, up from 1.75 percent last month but still low historically.

“That’s making owners nervous,” he said. “People may be looking at this as an opportunity to sell before interest rates continue to creep up.”

The Medical Center area has been getting an especially large amount of attention from investors. In July, Hamilton Zanze bought a $22 million complex in the area. Earlier this fall, Canadian firm Starlight U.S. Multi-Family and Dallas firm Presidium both bought complexes there worth about $30 million each.

For his part, Marquez said the Medical Center is a good bet for investments because of its limited housing stock. Unlike neighborhoods on San Antonio’s fringes, there’s no risk that new construction will oversaturate the area with housing units, he said.

Plus, it doesn’t hurt to be close to the fast-growing Medical Center employment hub. The hub employs more than 55,000 people and could add another 50,000 jobs over the next 30 years, according to projections provided by City Councilman Ron Nirenberg.

City Heights and Montage at North Point are the fourth and fifth purchases that Comunidad has made in San Antonio, Marquez said. He expects his firm to invest more in the area.

Comunidad typically buys complexes, rehabilitates them and sells them after about five years — a model followed by other firms investing in San Antonio, including Presidium.

“We love the market in terms of USAA being there,” as well as the presence of the Medical Center and the oil and gas industry, Nelson said. “We’re looking at it for a long-term market for us.”