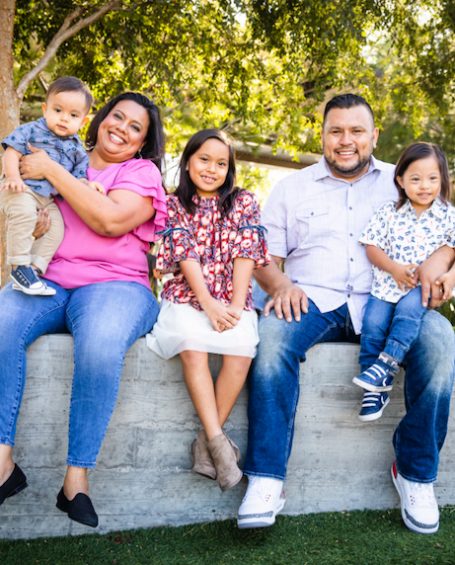 As featured in the Austin American-Statesman, written by Shonda Novak.

Can companies do well financially and do good socially at the same time? Is it possible to focus both on people and profits?

Those questions have long been debated in the business world, most often centering on companies with an inherent social component, such as those in the health care, food-service and environmental industries.

It isn’t a concept that has been mentioned as often when talking about commercial real estate investment and development.

But Thrive FP — an Austin investment and lending firm — says it is finding that good deeds work hand-in-hand with a strong bottom line.

Until recently, Thrive operated as two entities — Principals Capital Funding and First Capital Funding — accumulating a $140 million portfolio over the past two years as the entities purchased more than 3,000 apartment units in Austin, Houston and Dallas, San Antonio and Tempe, Ariz. In addition, First Capital Funding has loaned more than $30 million to private individuals for their commercial real estate purchases and developments during the past three years.
Thrive’s founder and CEO JP Newman and its president, Adrian Lufschanowski, both 46, recently renamed the firm Thrive FP — the FP stands for “for purpose, for profit” — because they say they have found success by creating what they call a “double bottom line.”

The logic is: By doing good for the working-class tenants in the apartment complexes in which it invests, those satisfied “customers” are boosting retention rates, and driving up returns for investors along the way.

“We want healthy profits as much as anyone, but how we make the money is paramount,” Newman said. “Our experience tells us that you can do good and do well. What we mean by that is the old economic model tended to break investing down into winner and losers. In contrast, we want everyone in the economic chain to succeed. We call tenants of our communities customers because we view their satisfaction as a crucial component of our financial formula.”

Last month, Thrive purchased 1,362 additional apartment units, bumping the value of its portfolio to more than $200 million. The communities include three in north central Austin totaling 422 units and complexes in Houston and San Antonio. Thrive bought the properties with Phoenix-based Jevan Capital and San Diego-based Comunidad Realty Partners, which will serve as their operating partners. Comunidad owns and operates apartment complexes in predominantly Hispanic neighborhoods.

The complexes in Thrive’s portfolio generally have rents ranging from $500 to $1,100 a month.

Instead of stainless steel appliances, Thrive has found that its tenants would rather have improvements like energy upgrades that save money on bills and services such as job fairs, childcare and English lessons catered to certain Hispanic communities.

In some cases, Thrive operates the complexes itself. Other times, it brings in operating partners to make improvements and add services that are tailored to each community. Thrive builds new communities as well.

Thrive’s investors – more than 350 individuals from Texas and around the country – have the potential to earn returns typically in the 10 percent to 16 percent range, depending on each investor’s objectives and tolerance for risk.

“Our philosophy has evolved into believing that when tenants succeed, a property succeeds – and when a property succeeds, investors win,” Lufschanowski says. “We try and go above and beyond with our programming and special events, and our properties are consistently out-performing the market. We put a lot of heart into building relationships with our investors and our tenants.”

Comunidad Realty Partners is one of Thrive’s operating partners, owning 2,100 apartment units in major Texas cities, with plans to expand. Antonio Marquez, Comunidad’s founder and principal, said Thrive stands out from other financing sources because it takes a “long-term holistic approach.”

“Thrive FP is a rare breed in the sense that they look at the business differently and are willing to make sacrifices for the greater good of the communities, which leads to better operating results and investment performance,” Marquez said. “They’re not just dictating terms or deploying capital. They’re active and involved because they care.”

Comunidad has bought communities with an average retention rate of 30 to 40 percent. After making renovations and adding cultural programs and services, retention has jumped to 60 to 70 percent. In other communities in Thrive’s portfolio, that number has topped 95 percent.

Newman and Lufschanowski say they like to invest in apartments in densely populated areas “that have been run with some complacency, which leaves us with new possible opportunities.”

One of Thrive’s “satisfied customers” is Janie Hernandez, a resident of the Villas de Sendero complex in San Antonio.

A 46-year-old single mother with two daughters, Hernandez had a number of issues with the complex after moving in three years ago. She was on the verge of moving out when Comunidad bought it, backed by Thrive capital.
After an hour-long conversation with Newman about its issues, changes were swift and meaningful.

The complex has been repainted. Badly needed maintenance work has been done. Bad behavior by residents is no longer tolerated. Beer cans no longer clutter the baseball field. A new dog park, soccer court and BBQ areas have become family gathering places.

A sense of community has emerged.

“Everyone is happy here,” says Hernandez, who now plans to stay put for years to come. “This is a place we can actually call home.” 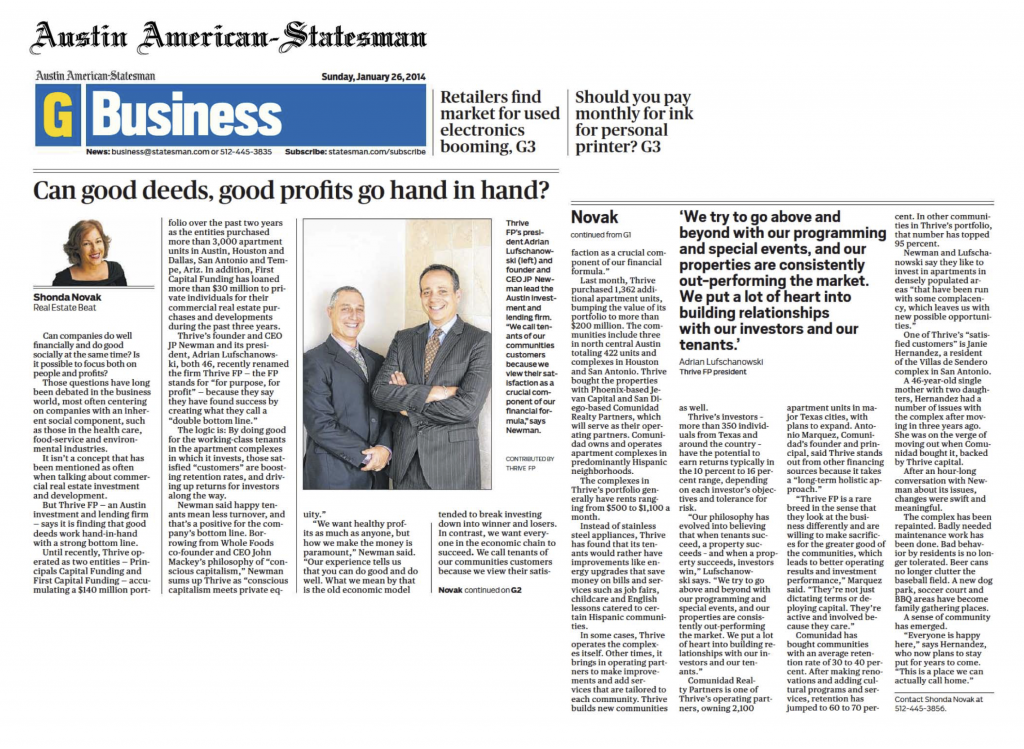